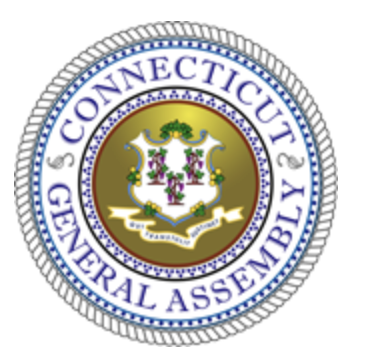 Connecticut’s bill is similar to efforts currently underway in other states, in that it would require publishers who offer an eBook to consumers in the state to also offer to license the works to libraries. on reasonable terms. One notable difference, however, is that the Connecticut bill offers a broad definition of what is meant by “reasonable” terms.

In Connecticut, “reasonable terms” are defined as “purchasing or licensing specifications that take into account publishers’ business models as well as the efficient use of funds by libraries to provide library services,” according to the wording of the Connecticut bill.

Connecticut’s bill comes amid a legal battle in Maryland, after the Association of American Publishers filed a lawsuit in federal court in December 2021, claiming (among other things) that Maryland’s law is preempted by federal copyright law.

To bolster the AAP’s position, Federal Judge Deborah L. Boardman issued a preliminary injunction on February 16 barring enforcement, just days after a three-hour hearing on February 7. The lawsuit continues, but in his view, Boardman held that the Maryland law is likely preempted. Additionally, supporters in New York are considering next steps after Governor Kathy Hochul vetoed their bill in late December.

The Connecticut bill is the sixth library bill currently pending in state legislatures and the eighth bill overall. Bills are currently pending in Massachusetts, Rhode Island, Illinois, Tennessee, and Missouri, and bills have already passed (unanimously) in Maryland and New York.

“Libraries are at a critical time,” State Librarian Deborah Schander told reporters, as reported in Hamlet Hu of Fairfieldb. “Two years into this pandemic, they are providing both traditional and innovative services to their communities, but not without figurative and literal costs. A particular pressure point is the cost of providing electronic hardware, which is much higher than that associated with printed books. With more people borrowing eBooks and audiobooks than ever, it’s time to talk about ways we can support our library collections and their outcomes.

Ellen Paul told reporters that the library e-book problem “affects all Connecticut taxpayers who support their local library through their hard-earned tax dollars,” according to Fairfield Hamlet Center. “Libraries routinely pay four to five times what consumers pay for the same eBooks, then are forced to repurchase the same titles every year, costing taxpayers thousands of dollars over the life of a single book. electronics and makes it a robust e-book -book collection out of reach for many libraries.“

Correction: The press event took place at the Connecticut State Library in Hartford, not the Fairfield Library as first reported.

A new (and free!) e-book from Island Press highlights opportunities for action in an era of change