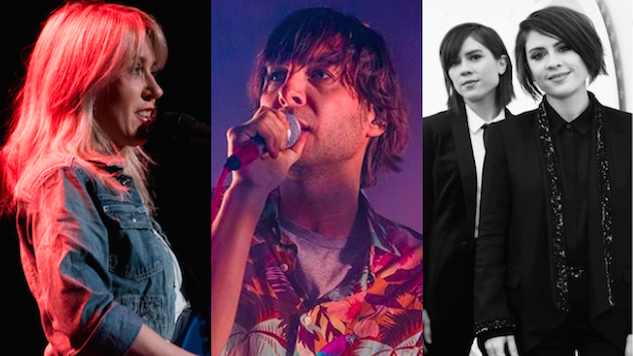 Music books help us understand historical and cultural context, decode complex emotions, and transport us to scenes we have never experienced personally. As fall and back to school approach, you may want to continue your summer reading list or even purchase a book for the first time after several months of relaxing in the sun. The coming season is an incredible time for musical memoirs, lyric collections, and other art books. We await the memoirs of three outstanding artists – Liz Phair, Patti Smith and Tegan and Sara – a cookbook from Questlove, an oral history of French rockers Phoenix, lyric books from Joni Mitchell and Iggy Pop, and much more. Below are 10 remarkable music books to pick up this fall.

In this new book, readers can accompany legendary rock’n’roll photographer Jim Marshall to some of the most incredible concerts of the 60s and 70s. Along with his documentation of enigmatic greats like the Rolling Stones, Aretha Franklin, Bob Dylan and Ray Charles, Marshall also captured participants from the various social movements and subcultures that have changed the world, and readers get an intimate, unfiltered view of these influential political and cultural developments. With over 200 photos (including 70 published for the first time) of her long career, compiled by Amelia Davis (Marshall’s assistant for the last 13 years of her life) Show me the photograph It is as much about the artistic flash of these decades as about these noble struggles. To buy here. —Lizzie Manno

David Bowie’s life story has been told many times before, but never like this. Centered on the whimsical, color illustrations of María Hesse, this book depicts a semi-fictionalized version of Bowie’s life. While Bowie portrays many larger-than-life characters in his music, this book attempts to transform Bowie himself into an equally superhuman character, adding a few more touches of magic, wonder and awe to his already breathtaking life in as an artist. You will find illustrations of a young Bowie and his family tree throughout his most influential eras and final chapter, Black Star. Pre-order here. —Lizzie Manno

When Young isn’t releasing new music with Promise of the Real or Crazy Horse or participating in a number of films and re-releases, he’s a man on a mission to improve digital audio quality. His latest book follows the sonic de-evolution of music consumption from analog to CDs to low-quality digital files, and it also chronicles his commitments to change audio as we know it. “It tells you how the sound has been and is being compromised by the technology and record companies, and instead of improving over time like other technologies, it got worse,” Young said. “Our book also tells the story of the business and development behind Pono, and then, when people wanted the convenience of streaming, how we developed high-resolution Xstream streaming, the highest quality streaming in the world, just like you. hear it in NYA [Neil Young Archives]. “Pre-order here. —Lizzie Manno

Veteran indie-pop duo and identical twin sisters Tegan and Sara have been crushing teenage hearts since the late ’90s. The influential Canadian pop center and fiery LGBTQ brand are now 20 years away from their debut album Under feet like ours, and they decided to share the story of their formative years, rather than their rise to fame, in a new memoir titled High school. It’s a coming of age story about their upbringing in Calgary written by the couple in alternate chapters. According to a press release, “The book is a crude account of the drugs, alcohol, love, music, and friendship they explored during their formative years. High school captures the tangle of jarring and parallel memories of two sisters who grew up in distinct ways even as they lived right next to each other. Pre-order here. —Lizzie Manno

Whether it’s throaty lyricism, poetry, or compassionate non-fiction, Patti Smith’s writing style and ability is truly unmatched. As winner of the National Book Award for the 2010s Just children and the author of another mind-boggling memoir, 2015’s Train M, Smith unveils a new book titled Year of the Monkey—A collection of her writings from 2016. Smith’s words are associated with her own Polaroids as she explores aging, grief and the global embrace of right-wing nationalism. According to a press release, the book stretches from “California to the Arizona desert; on a Kentucky farm as amanuensis of a friend in crisis; to the hospital room of a valued mentor; and alternately in places remembered and imagined, this haunting memory mixes reality and fiction with poetic mastery. Pre-order here. —Lizzie Manno

Former Stooges frontman and one of punk’s first true greats, Iggy Pop, releases a collection of lyrics to commemorate the 50th anniversary of the Stooges’ self-titled debut album. Iggy was inducted into the Rock and Roll Hall of Fame with The Stooges in 2010, and has collaborated with everyone from David Bowie and Debbie Harry to Jarvis Cocker and Josh Homme over his five-decade career. Until the bad feels good features original photos, illustrations, never-before-seen notes and memorabilia, short pieces by Iggy, and commentary from music figures like Blondie’s Danny Fields and Chris Stein. This book is Iggy’s first official collection of lyrics, and it captures the spirit of a punk giant, a Detroit legend, and a strong, cowardly cannon. Pre-order here. —Lizzie Manno

Alternative rock heroine Liz Phair released her groundbreaking debut album Exile in Guyville 25 years ago, and its feminist philosophy has rubbed off on so many singer-songwriters, past and present. Rather than basking in past glory by taking a relatively safe trip down memory lane with his earliest memoirs Horror story, Liz Phair embraces the times when she wasn’t necessarily proud of herself. According to a press release, the book “brings together all of our isolated shames” and “takes readers through the most intimate moments of Phair’s life, of confronting his own bad behavior and the repercussions of betraying his core values. , until the inevitable disappearance of his beloved grandmother. , to undergo the beauty of childbirth by getting autographed by the anesthesiologist. Pre-order here. —Lizzie Manno

If there’s ever been a time to release a book on Phoenix, it’s now. Band members Laurent Brancowitz, Christian Mazzalai, Thomas Mars and Deck d’Arcy collaborated with journalist Laura Snapes to create Phoenix: Freedom, Equality, Phoenix!, an oral history and archives that come 30 years after the creation of the group, about 20 years since their first album United and 10 years after their commercial breakthrough Wolfgang Amadeus Phoenix. When one of the best music journalists / critics get together with one of the best rock bands, the result can only be magical. Pre-order here. —Ellen Johnson

Questlove forged a lot of waters in his creative endeavors. As the drummer of The Roots, he’s a renowned musician and collaborator, and he’s worked with everyone from Elvis Costello to Erykah Badu. But now he can add another name (and another effort) to his already impressive list: Martha Stewart. The businesswoman and creative expert wrote the preface to Questlove’s new cookbook, Potluck Mixtape, which incorporates the favorite recipes of more than 50 friends and personalities. Some of the names include Natalie Portman, Amy Poehler, and Stanley Tucci. To accompany the recipes, Questlove chose a song for each of his guests, which he said “best captures their unique creative energy”. Like the perfect playlist, a potluck is a conglomeration of different ideas that work together, and I can’t think of a better guide to show us how it’s done. Pre-order here. —Ellen Johnson

If you’ve heard a Joni Mitchell album, you’ve seen his illustrations. The singer-songwriter and poet has painted self-portraits for a number of his albums, including Clouds and On both sides now. Now you can finally get your hands on reproductions of a whole bunch of his watercolors (30, to be exact), along with lyrics and poems, in the form of Morning Glory on the Vine: Early Songs and Drawing. Mitchell originally assembled the book in 1971 and has released around 100 copies for friends and family, and it will now be available to the public for the first time. The new book also includes a new preface by Mitchell. Pre-order here. —Ellen Johnson