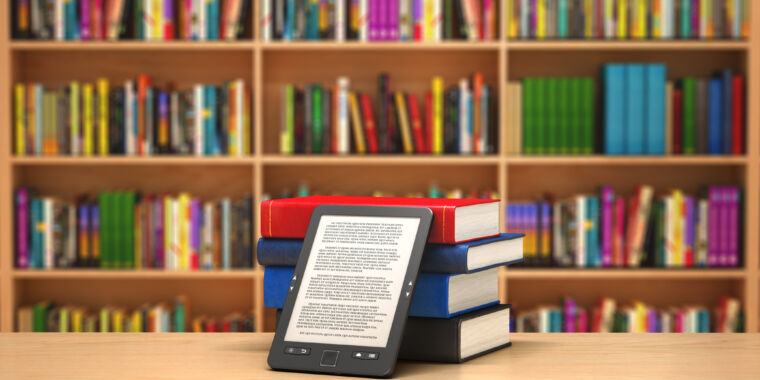 Last month, the alleged masterminds behind Z-Library, a pirate e-book site that claims to be “the largest library in the world”, were arrested. According to a press release issued yesterday by the US Department of Justice, Russian nationals Anton Napolsky and Valeriia Ermakova have been charged with “criminal copyright infringement, wire fraud and money laundering for operating Z-Library” .

“As alleged, the defendants illegally profited from the work they stole, often downloading works within hours of their publication and, in doing so, victimized authors, publishers and booksellers,” said Breon Peace, l American attorney for the Eastern District of New York. said in a statement.

At the request of the US government, Napolsky and Ermakova were arrested in Argentina on November 3. On the same day, the US government seized “a complex web of approximately 249 interrelated web domains,” the press release said. For many less web-savvy users, grabbing the domain essentially shut down access to Z-Library’s 11 million e-books, but anyone on the dark web knows it’s still up and running, suggesting that the arrest of Napolsky and Ermakova suffocated Z-Library, he didn’t shut it down, and he might come back.

TorrentFreak reported that it is still unknown if the pair have been involved with Z-Library from the start. Michael J. Driscoll, the assistant director in charge of the field office of the Federal Bureau of Investigation in New York, seems to suspect it. Although the indictment only focuses on the duo’s alleged criminal activity between 2018 and 2022, Driscoll said they allegedly “operated a website for over a decade whose primary purpose was to provide stolen intellectual property in violation of copyright laws”.

“Crimes of intellectual property theft rob their victims of both ingenuity and hard-earned income,” Driscoll said. “The FBI is committed to ensuring that those willing to steal and profit from the creativity of others are caught and brought to face the consequences in the criminal justice system.”

If Napolsky and Ermakova are charged, the indictment says they will be required to “forfeit any property, real or personal, constituting or deriving from proceeds obtained directly or indirectly as a result of such offences.” TorrentFreak reported that Argentina has not yet received a request from the United States to extradite the accused Z-Library operators, but this will be the next step towards shutting down Z-Library.