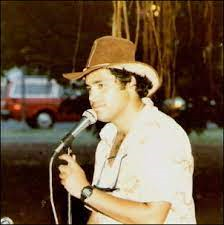 Free e-book the Bible cannot be the Word of God because there are many contradictions and made up stories.

The truth will set you free

Author Willy Kipapa wrote Why the Bible Isn’t God’s Word. He believes that God is a God of truth. He wouldn’t inspire men to write about himself and have a lot of contradictions and made up stories.

The Bible has principles that are true and good. There are also made-up and bad stories.

]3 When Judas, who had betrayed him, saw that Jesus was condemned, he was remorseful and returned the thirty pieces of silver to the chief priests and elders. 4 “I have sinned,” he said, “because I betrayed the blood of an innocent man.

“What is it for us?” they answered. “It’s your responsibility.”

5 Then Judas threw the money into the temple and departed. Then he left and hanged himself.

6 The chief priests picked up the coins and said, “It is against the law to put this in the treasury, for it is blood money. 7 So they decided to use the money to buy the potter’s field as a burial place for foreigners. 8 This is why it has been called to this day the Field of Blood.

18 (With the wages he had received for his wickedness, Judas bought a field; there he fell headlong, his body burst open, and all his intestines spilled out. 19 Everyone in Jerusalem heard of this, and they called this field in their language Akeldama, meaning Field of Blood.)

In Matthew 5, Judas hangs himself. Acts 18 Judas bought a field where he fell headlong, his intestines burst.

Some Bible commentaries say that Judas hung himself from a tree, the branch broke, Judas fell and his intestines burst. But they have no explanation for the other 3 contradictions.

In Matthew 3, did Judas feel remorse? In Acts 18, Judas felt no remorse?

In Matthew 6-9 they called the field blood because the priest used the blood money of Jesus.

In Acts 18-19 they called the field blood because Judas’ intestines burst.

To get the free e-book. People can download it from Willy’s website willysawesomelife.com. On Willy’s website, there will be different types of videos and more free stuff.

In Willy’s book, he shows that Roman Caesar had good reason to hire expert storytellers to write the New Testament. It also shows Old Testament stories that are not true. The truth never changes. Today, almost everyone knows that slavery is bad. If slavery was promoted in the Bible, then that was not what God wanted men to write. Willy shows that the Bible promotes slavery, masters having sex with their slaves, genocide and much more.

Willy thinks this is why, throughout history, Christian empires have conquered new nations, killed natives who did not convert to Christianity, and turned people into slaves.

They also stole resources and land. Christians have been deceived by some of the lies found in the Bible. They felt they had to take possession of the land. By preaching about Jesus. They felt superior.

Willy also shows that the Bible is not historically correct and is not supported by archaeology.

Willy admits that many Christians have done great things and that God has shown his love to many people because of their hard work. But Christians have been duped by some made-up stories found in the Bible. Mr. Kipapa believes that if people are open to the truth, they will see that his new book is filled with truth. The Bible is still filled with words of wisdom. People just need to discern the truth from the lies which Willy’s book will help. If people want to contact Willy, they can email him at [email protected]

Share the article on social networks or by e-mail: