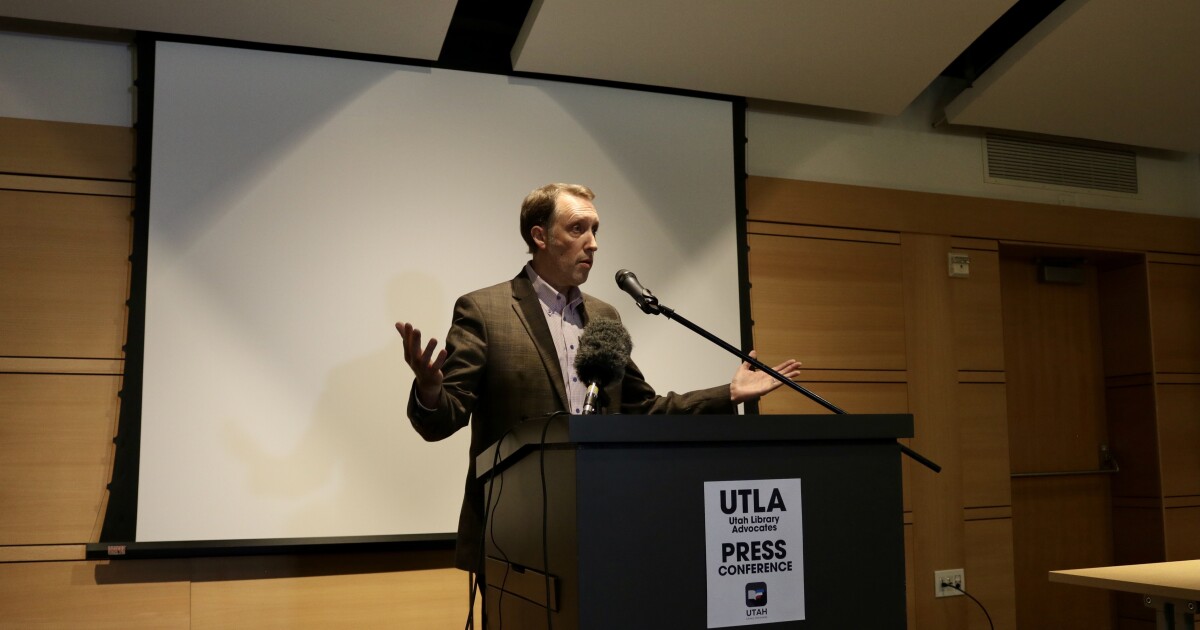 “The library was my refuge.

It’s a phrase Peter Bromberg, co-chair of the Utah Library Association, has heard many times during his career. But in recent months, schools have become a political battleground for censorship.

Utah librarians and community leaders gathered at the Salt Lake City Library Tuesday morning to release their new e-book on the issue and to express their support for inclusive and open access to books.

“There are more and more calls to hold librarians, teachers and board members of schools and libraries, both criminally and civilly liable for the making available of books – books protected by the First Amendment, ”said Bromberg.

Withdrawing books from schools is a growing problem and concern, as more parents and lawmakers have called for – and in some case triumphant – doing so.

According to the American Library Association, there has been a 60% increase since last year in the nationwide book challenges.

It also has a guide to help parents or caregivers talk to their children about difficult topics that could be featured in books. It has a list of conversation starters and a section on frequently asked questions about challenges with books and actions the Utahns can take to stand up to censorship.

Bromberg said the book aims to help people understand the role of libraries in protecting their First Amendment freedoms and to provide access to a wide range of ideas and perspectives for all Utahns..

“In the community, there’s always a back-and-forth and tug-of-war between people’s value systems and things like that,” Bromberg said. “All we can do is try to move the conversation forward in a way that is positive, constructive, meaningful and aligned with our democratic values ​​and also in a way that will help parents help their children succeed..“

Rita Christensen, president of the Utah Library Association, said they are united in this continued fight against censorship in state libraries.

“I stand before you as a representative of every librarian and every library in the state of Utah,” Christensen said. “Librarians are united and unwavering in their support for the First Amendment which guarantees all Utahns five fundamental freedoms … freedom of speech is the key principle that sustains our democracy.”

Most of the disputed books are focused on marginalized identities like LGBTQ + and people of color. These books are criticized for being inappropriate or for having explicit language and references.

Amanda Darrow, director of youth, family and education at the Utah Pride Center, said one of the books that was recently contested in the Murray School District was a picture book called “Call Me Max”. The story follows a transgender boy navigating his experiences at school with his new identity.

Darrow said a big criticism the book received was that sex was taught in a third-grade class. She said it became dangerous to link LGBTQ characters to this idea when the book was actually about gender identity.

“When our identities are put aside and LGBTQIA + students are confronted with a heteronormative school environment [and] censorship, the consequences are: lower school performance, bullying, lack of family support, feeling of invisibility, social exclusion, mental health problems and suicide, ”she said. “We owe it to our LGBTQIA + students to ensure that they are represented in our schools. “

New eBook on Reviving Small Scale Development in Your Community