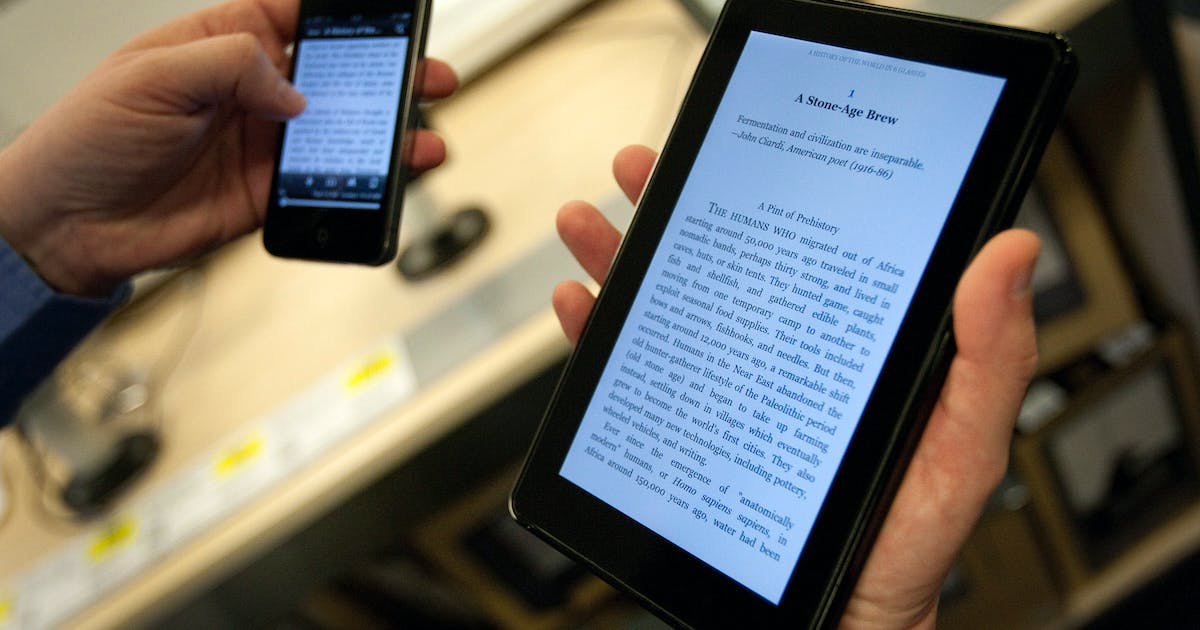 This library is different from the start: No library card. No late fees. No waiting for books on hold.

Ebooks Minnesota is completely online, available to anyone in the state with an internet connection.

“Any hurdles that exist with regular library service, we’ve removed,” said Valerie Horton, director of Minitex, an organization that supports libraries across the state and runs the Ebooks Minnesota program.

After starting as a two-year pilot program in February 2016, the online collection now has more than 4,000 titles ranging from local history to sci-fi thrillers, around 80% of which are from local publishers. Minitex, a joint project of the Minnesota Officer of Higher Education and the University of Minnesota, will also add approximately 3,500 titles for children in late July, doubling the collection.

Print books still dominate library collections, but e-book offerings are growing rapidly. From 2010 to 2016, e-book collections across the country grew by 2,000% while the number of print volumes fell by about 10%, according to data from the Public Library Survey of the United States. ‘Institute of Museum and Library Services in Washington, DC. In Minnesota libraries, e-book collections doubled while physical collections fell 8%.

But Ebooks Minnesota is different from many other library e-book collections, Horton said, because it doesn’t require library membership for users and its books can be read by an unlimited number of people at once — rather than having a few digital copies of a book available at checkout. Readers can simultaneously access the same resources anywhere in the state using the Ebooks Minnesota website or app.

There’s a catch: readers won’t find many bestsellers here due to strict usage rights. This worried Horton at first, but it didn’t stop readers. Since Ebooks Minnesota launched in February 2016, users have downloaded titles ranging from “Ariana Grande” to “Big Book of Bass” hundreds of times each, representing tens of thousands of downloads across the entire collection.

The program’s $250,000 annual budget is funded by the Minnesota Office of Higher Education, Minnesota Department of Education, public libraries, and grants.

Lisa Von Drasek, one of the librarians involved in developing the project, said Ebooks Minnesota has attracted outside attention because few projects like this exist nationwide.

“We model for the nation,” said Von Drasek, the curator of children’s literature research collections at the University of Minnesota Libraries. “And part of what we do as librarians and educators is to think about what’s next, how best to serve and share what we learn.”

In Moorhead, Ebooks Minnesota has filled in the gaps in its existing e-book library, said Jenny Rodger, utility supervisor at the Lake Agassiz Regional Library.

“It’s sort of a second half of our collection,” she said.

The community of 42,000 used Ebooks Minnesota in the fall of 2016 for its “One Book, One Community” program, an annual book club in the Fargo-Moorhead area. They chose “The Latehomecomer,” Kao Kalia Yang’s memoir chronicling her Hmong family’s journey from a refugee camp in Thailand to St. Paul.

Horton has also seen schools across the state use the program. Teachers at one school asked children of different ages to search for books about koalas, and titles about the marsupial climbed the most-read list. For her, seeing this impact in the real world is what is most rewarding.

“To actually see the work that we do flow into kids’ lives and how they do their homework…I mean, that’s kind of why I’m a librarian,” Horton said.

Stora Enso – Which do you prefer, an e-book or a physical book