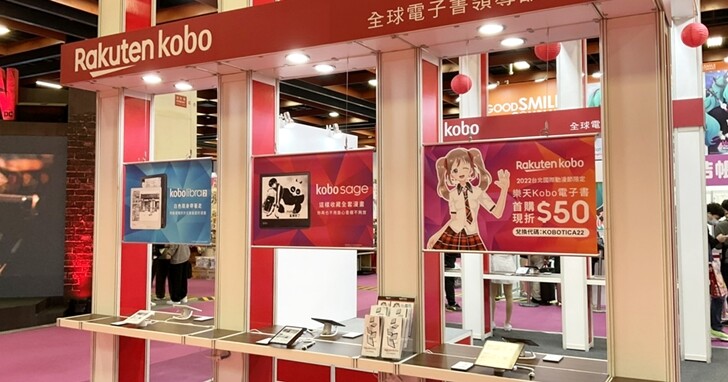 The 2022 Taipei International Animation Festival and Citizen Reading Book Fair have kicked off in the Taiwanese capital, TechBang reported. While this should be good news for anime fans in the region, what’s also special is that Lotte Kobo is also part of the festivities this time around. Not only will the latest Kobo eReader be on display, but great deals and discounts will also be on offer.

If that’s not all, Rakuten Kobo will also hold the 2022 Online Anime Festival Book Fair during the same period. Plus, there will be a whopping 79% off select books. These include the likes of ghost killer, blue age, cosmic brothersor the popular light novel No professional reincarnation ~ When you arrive in another world, show your true skills~ and Xia Ke Shang from Little Bookworm. All of these titles can be purchased at prices never seen before.

The Kobo Forma will be available at a special discounted price at the Taipei International Animation Festival which runs from February 10 to February 14. There will be a maximum discount of 2,020 yuan applicable on the e-reader with another 2,000 yuan gift card. Other deals and discounts are also available at the Rakuten Kobo Anime Festival booth.

A quiz event has also been organized which will be held from February 11 to February 13. The Lotte girls, Day-to-day, Meng Jie, Yixuan, Ni Xuan, Lin Xiangand Linda are the hosts. If that’s not reason enough to be on the site, there are also some exciting prizes up for grabs, which include the Kobo eReader and a special limited-edition monthly calendar for girls up for grabs.

All you have to do is visit the Rakuten Ecosystem booth (B0809) and take a photo of the Kobo booth and the trading card. Then upload the image to the official Kobo fan page event post, tag a friend, and jot down a few lines for others to see. That’s it. You have a chance to win a Kobo eReader. Kobo also offers the code “KOBOTICA22” which will allow you to earn a discount of 50 yuan.

In the meantime, here is the offer available on Rakuten Kobo eReaders at the Taipei International Animation Festival. The eReader model and the discounted price of each eReader are mentioned.

With a keen interest in technology, I make it a point to keep up to date with the latest developments in the world of technology and gadgets. This includes smartphones or tablets, but even extends to AI and self-driving automobiles, the latter being my latest fad. In addition to writing, I like watching videos, reading, listening to music or experimenting with different recipes. Cinema is another aspect that interests me a lot and maybe I will make a film in the future.