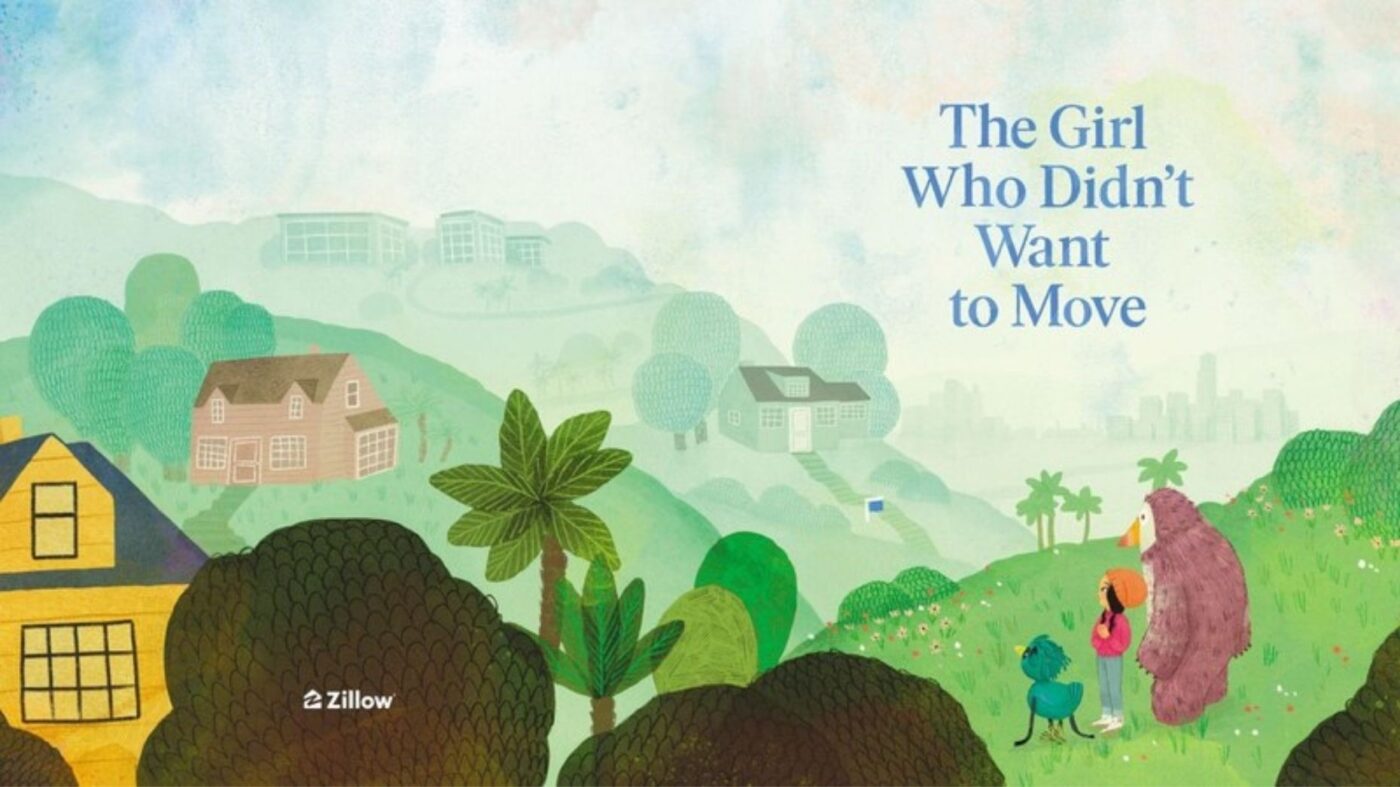 Amid a period of nationwide movement in the wake of the pandemic, Zillow has launched an eBook for children to help them cope with the stress of moving, the real estate giant said on Tuesday.

The book, titled “The Girl Who Won’t Move,” follows the protagonist of the story, a young girl named Iris, as she moves alongside her relatives and friends.

Zillow noted that a survey of more than 2,000 U.S. adults conducted by the company in March found that adults with children were more likely to have moved in the past year – 14%, compared with 9% of those without children, and about a third of these parents feared that such a move would cause stress for their children.

The e-book, which was produced in partnership with the creative agency FIG, teaches children what it’s like to move into a new home and the sometimes confusing feelings that can come with moving. “Ultimately, Iris learns that moving doesn’t take away the things you love, it just gives you more,” says a press release from Zillow.

Moving is “an emotional challenge,” Bonnie Donaldson, director of brand marketing at Zillow, told Inman via email. Knowing that this can be an extremely difficult time for children and their parents, the company created the e-book to help with the transition, from a television commercial, “The Journey,” which the company first aired. times in April.

“The Girl Who Didn’t Want to Move E-book was created to allow parents to start a conversation with their children about what to expect during their move and how to deal with any emotions they might be. feel, ”Donaldson said in an email. “A companion to Zillow’s recent TV spot” The Journey, “the story follows Iris and her colorful friends as they navigate this big life change and learn lessons along the way.”

The book also comes with a discussion guide for parents, with material from parenting, education and behavior expert Reena B. Patel, LEP, BCBA.

“I personally know that moving to a new home can be emotional and scary, and yet moving can help build resilience and open up new opportunities,” Patel said in a statement. “Children have a greater sense of control over their travel anxiety when they are directly involved in travel-related activities. Parents can take steps to make moving their family a positive experience.

Zillow’s previous research on stress when selling a home found that 51% of parents cried when selling a home, compared to 36% of adults. Some of the biggest stressors included uncertainty about the list price and whether or not the house would sell within the optimal timeframe.

Despite the stress that comes with moving, Zillow’s survey showed that 81% of parents thought their most recent move was worth it. Forty-four percent of parents said watching their children “thrive in a new place” was one of the most satisfying aspects of the move, and 30 percent said they had been better parents at home. following their last move.

“The Girl Who Won’t Move” will be available for free in PDF format on Zillow’s customer resource center indefinitely, according to Donaldson. Additionally, the eBook is available for $ 1.99 from the Amazon Kindle and Apple Books store. Proceeds from the book will go to Covenant House, a non-profit organization that provides housing and other services to youth facing homelessness. Zillow also pledged a matching donation to Covenant House for each book purchased, up to a maximum of $ 25,000.

Zillow previously published a book titled “Zillow Talk: Rewriting the Rules of Real Estate” in 2015. Donaldson said the company has no plans to publish another book at this time, but will consider it. again in the future.